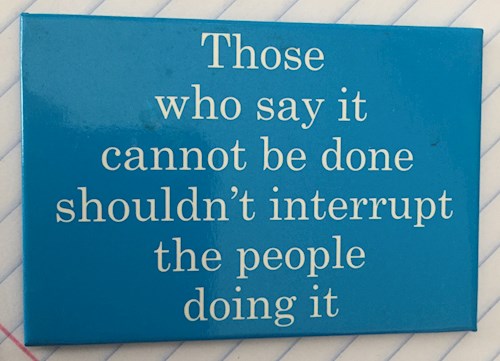 It always seems impossible until it is done.

I have been thinking a lot lately about the pace of change. I think about how quickly the world shifted to wearing face masks to reduce the risk of COVID-19, about the speed at which a clever meme travels the internet, about the various technologies—like landline phones and tape recorders and typewriters—that have largely disappeared in my lifetime.

And, of course, I also think about the changes we need associated with addressing the climate emergency. Big changes in how we heat our buildings, how we fuel our transportation systems, our consumption patterns and more.
It is hard to visualize big changes before they happen. Two years ago, I would not have believed a virus could cause a worldwide lockdown. Similarly, people typically cannot imagine big disasters—fires, tornadoes, hurricanes—affecting their community until it does.

Still, big changes can happen quickly. Certainly in our high tech world but even some historic changes were fast. My favorite example is the various municipal manure crises of the 1890s. In 1894 the Times of London asserted that “In 50 years every street in London will be buried under nine feet of manure.” Concerns about the pending manure crisis prompted a lot of public discussion in London as well as New York and other big cities. Then, of course, traveling by car overtook traveling by horse and manure was not the issue. The Smithsonian offers two images of 5th Avenue in New York City, less than 15 years apart that illustrate the speed of change. In the first there is just one car amid the horses, whereas in the second there is a single horse amid the cars. 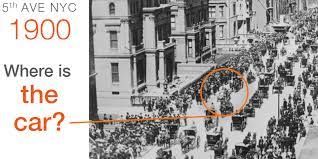 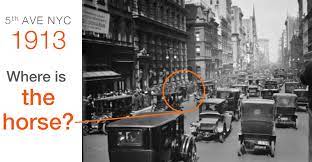 Change happens slowly and then all at once.

In recent years, there has been a lot of talk of tipping points—the idea that change is gradual until we reach a certain level of adoption and then the change accelerates much more rapidly to the majority. Smart phones are a great example of a tipping point technology in my lifetime; at first I knew just one person with a smart phone and then, suddenly, it seemed like everyone had one.

Where does that leave us on climate action? Some people who are not particularly enthusiastic about climate solutions tend to scoff at the potential for change. These are the folks who say that clean energy cannot power our grid, that people will not embrace electric cars and buildings. Often you will hear these folks say that massive change is not possible given our current standing—that a fully electrified fleet of vehicles is not likely given that just 2% of vehicles sales are EVs today, that it is not possible to convert our grid from fossil fuels to clean energy, etc.

Their pessimism ignores the reality of how change works. Change is contagious. And it is exponential. Humans are social creatures, which means we share thoughts and ideas with one another. I remember the first time a colleague had an iPhone in a meeting; he was very enthusiastic about the features and he said the device would change our lives. At the time I was skeptical but within a year, many of the people at that meeting (including me) had transitioned from flip phones to smart phones. Before I knew it, I was touting the benefits to others, further accelerating change.

Additionally, change often spurs innovations that support more change. Early cellphones had terrible reception, which prompted improvements in the cellular network, which then supported more cellphones and a network that could transmit photos and even video, all of which helped make smartphones viable. In a similar way some climate victories--like reductions in the cost of solar, make it easier to transition away from fossil fuels and open up new possibilities for accelerating electrification too.

Years ago someone gave me a small placard that says “Those who say it cannot be done shouldn’t interrupt the people doing it.” Whenever I hear someone say that our goals are unrealistic, I think about that placard and the great manure crisis of 1894, and I smile because I am confident that momentum is on our side. We can do this, Dane County. 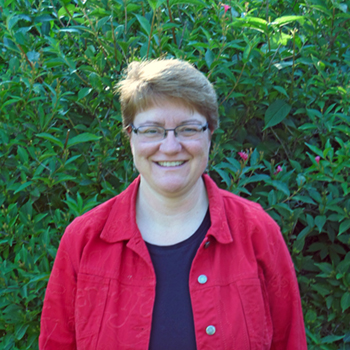