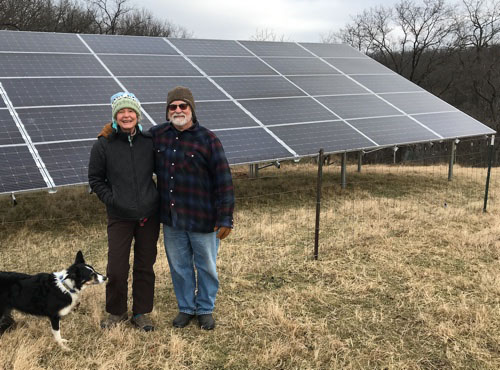 Trisha McConnell and Jim Billings were convinced it was the “right thing to do.” And they had been thinking about making the move for more than a year.

But a first time Western Dane County Solar Group Buy that made it easy for them to connect to a qualified installer, lessons learned from the township residents who have made a similar investments, and a federal tax credit encouraged them to push the “Let’s Do It” button.

Their 11.1 kW system with 30 panels – raised high in a field above their home on County F – started producing energy directly from the sun for their home in early November.

For Michael McDermott and Charlene Taymor on Blue Mounds Trail it was, Michael said simply, what they could do “to save the world.” Their 13.2 kW, 36-panel array went live in early December.

Each household anticipates that the sun will now meet most of their electrical needs, saving on the cost of electricity and the CO2 that is put into the atmosphere to produce a good portion of that grid electricity.

While the actual financial break-even point will be several years off from their lower utility bills, each household believes the investment adds value to their respective homes that will be there when it comes time to move on.

The decisions made as these two households went through the process to add solar were informed by the experiences of a dozen others from Vermont Township who earlier made the solar investment. These lessons learned are on the Vermont Township website.

The Western Dane County Solar Group Buy coordinated by Legacy Solar Cooperative of Madison was an outgrowth of the three-part Climate Action Workshop series early in 2020. The workshop series was organized by four Vermont residents –David Stanfield, Peter Antonie, Barbara Borns and myself. Interested businesses and residents from throughout the area participated.

To date, 17 households from Verona to Mount Horeb, Cross Plains to Mazomanie took advantage of the program, together totaling over 120 kW of solar installed and some $300,000 in sales to the two vendors – All Sky Energy of Baraboo and Eagle Point Solar of Dubuque, IA.

A total of 70 households requested solar profiles from Legacy, and 50 were forwarded on to the two installers for detail.

“A lot of folks who decided to wait before committing to a solar project in 2020 cited economic uncertainty,” reported Reinhold. “Of those who dropped out at the proposal stage, roughly a third said that they would consider the program again next year,” Reinhold added.

Legacy is planning on offering another group buy in 2021, anticipating more favorable alignment with the polices of the Biden/Harris administration.
Legacy will go through the bidding process to select 2021 vendors, and Reinhold said, seek firmer formal commitment up front from the villages and townships in the area to support the initiative.

“It was fun. I’m glad we did it,” Reinhold added of the co-op’s first group buy program. “We will improve on it and expand going forward.”

For more information about these solar installations in Vermont visit www.vermonttownship.com/community/energy. 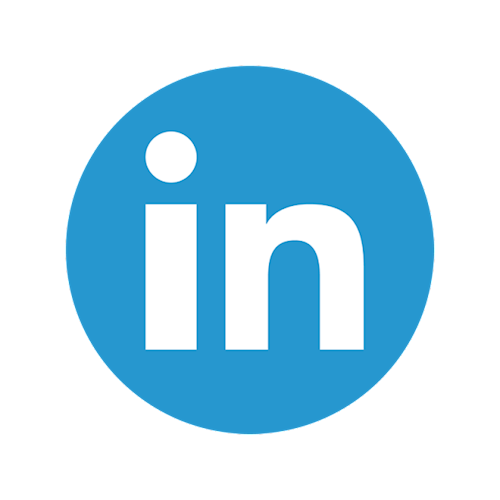