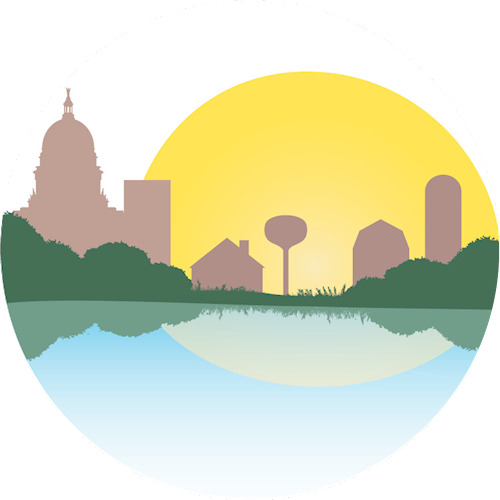 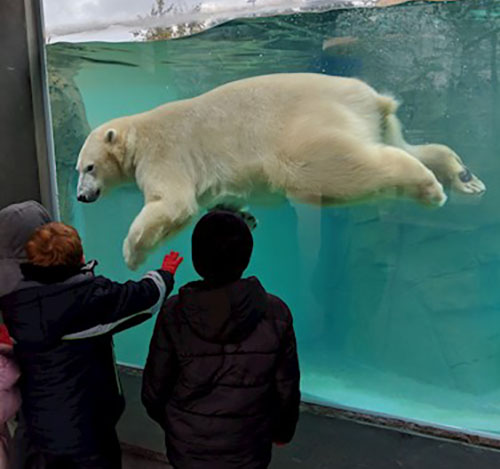 The polar bear has become, to some extent, the poster child of climate change impacts.   The loss of arctic sea ice is making it increasingly difficult for polar bears to find and capture their primary prey -- seals.

It is critically important that we understand and educate ourselves about the great extent to which climate change is already impacting people in our communities.   We have entered an era where we are always a major flood or heat wave away from a life threating weather event, and where vulnerable communities live with climate-related public health impacts on a daily basis.

So, to most folks, polar bears seem and are, in fact, far, far away – both literally and figuratively.   However, it is very noteworthy and special that Dane County is one the very few places where anyone, even someone, without a penny in their pocket, can experience a polar bear close up thanks to the Henry Vilas Zoo.

The Henry Vilas Zoo is one of a handful of zoos that have no admission charge (Chicago and St. Louis also have free zoos).  And yet, even without that source of revenue, the zoo’s director, Ronda Schwetz has made a major commitment to investing in sustainable operations and facilities and reducing GHG emissions.  The Henry Vilas Zoo has solar arrays on several buildings, a geothermal heat pump, solar lighting, a policy that all new buildings are designed with LEED principals, a climate-friendly purchasing policy and much, much, more.

Perhaps more importantly, the zoo places a great emphasis on climate education and awareness for its 800,000 annual visitors.  There are signs that describe how climate change is impacting animal’s habitat and food sources.  There are signs that about climate solutions like renewable energy, and “Go Green” signs giving visitors direct actions they can take to conserve.  The zoo holds climate change related events, such as an annual international polar bear event raising awareness about artic sea ice and climate change.

While we need to increase our focus on the myriad of averse health, economic and other impacts from climate change on humans right here in our community, I have to say, when you have an 800 pound polar bear standing right in front of you, the climate change stakes – the impending losses – do take on additional meaning, a bigger meaning.